Posted on August 16, 2018 by Hector Beltran under General
Leave a comment

Our very own – Muertos Mural made it on HipLatina.com 10 gorgeous houston mural created by latinxs! 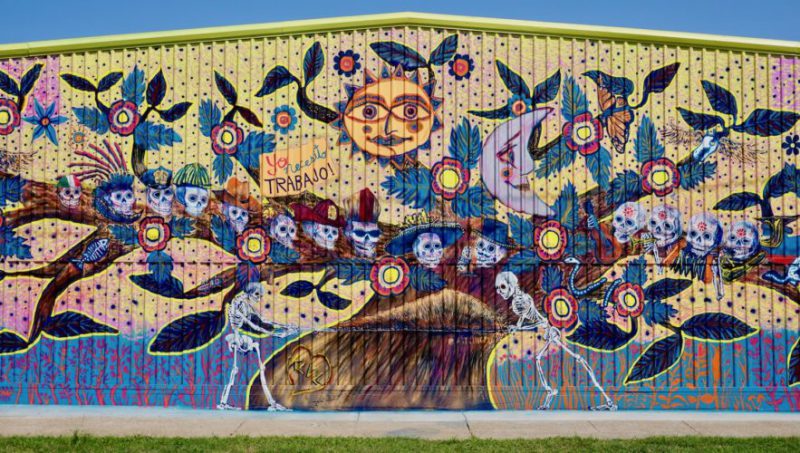 Located in the historic East End district of Houston is a mural with a purpose. The artist, Angel Quesada, who goes by ARTKUNGFU was commissioned by Morales Funeral Home to create a piece that signifies a flight against gentrification. A mural that depicts those that came before as the neighborhood is vastly changing with new businesses and homes. An impactful mural that serves as a reminder of the original barrio as others have begin embracing a rebranding of the community.