Posted on September 15, 2021 by Hector Beltran under Community Happenings, Resources
Leave a comment 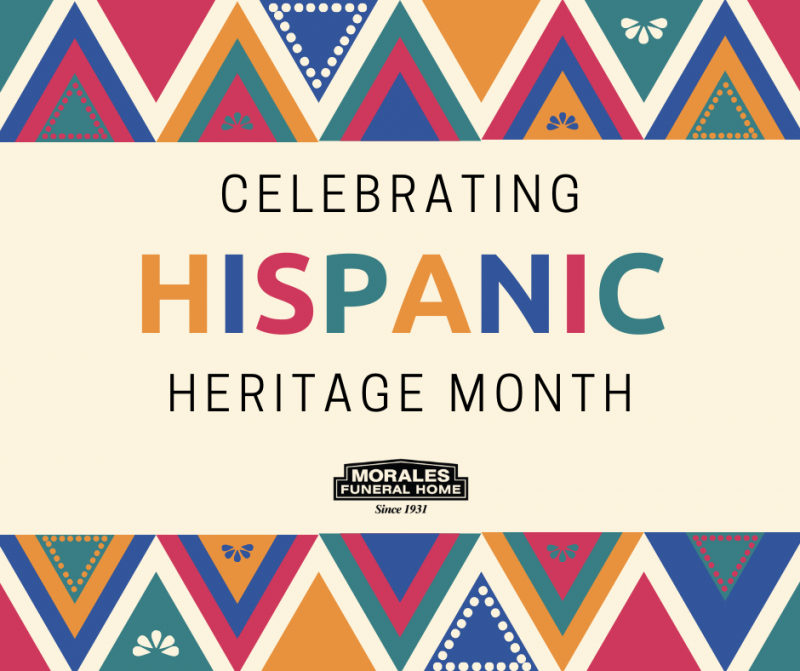 At Morales Funeral Home, it’s an honor to celebrate and pay tribute to our Hispanic partners and neighbors, commemorating all our community’s diverse cultural and religious traditions.

National Hispanic Heritage Month is celebrated in the United States each year starting on Sept. 15 and ending on Oct. 15. The observation of this holiday began in 1968 when President Lyndon Johnson established Hispanic Heritage Week. In 1988, President Ronald Reagan expanded this observance to 30 days. It was officially enacted into law on Aug. 17, 1988.

Whether you’d like to celebrate the heritage of your family’s legacy or if you come from a different culture and want to support and encourage our Hispanic neighbors in the Houston Area, there are many ways you can participate.

Note: Before attending any in-person events or visiting a merchant, please be sure to check the organization’s website or call ahead, as circumstances are constantly changing due to COVID-19, along with the requirements for entry into establishments.

We hope you find the information in this blog helpful to your family. At Morales Funeral Home, we love being part of a city rich in diversity. We wish everyone a happy Hispanic Heritage Month!

Click here to read our blog about Mexican Traditions in Life and Death.