Posted on September 26, 2018 by Hector Beltran under General
2 Comments 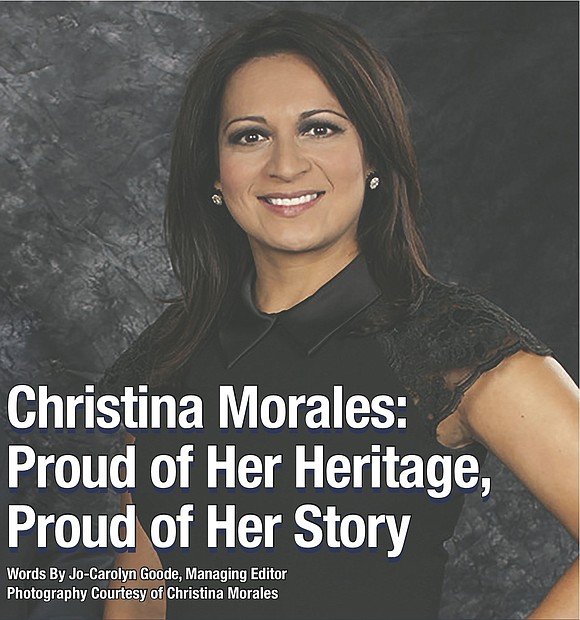 Being told that you are not good enough just because of your skin color is damaging to anyone no matter their race or age. It leads to far greater issues down the line. Having pride in your cultural heritage helps to build self-confidence and self-love while also claiming ownership of your ancestry and honoring the sacrifices, work, and love of those who came before you.

As a child being proud of self was hard to do for Christina Morales. She found herself just trying to fit into everyone else’s definition of “normal” and deny herself of doing the things that made her uniquely who she was. “I remember feeling as though it was frown upon for us to speak Spanish and to feel like we were real Mexicans. We tried to just be normal, to go with the flow, and not show our heritage too much because there was always this question of ‘are you here legally or you’re not,’” recalled Morales. “You didn’t want to feel like you’re not supposed to be here so you just kind of fit in and you stayed away from anything that defined your culture or heritage.”

But that was then and this now. Although discrimination still exists, today’s young Hispanics are not afraid or a shame to stand up for themselves. “I am just incredibly proud of the fact that we live in a nation where we can be proud of where we come from and come together as a community,” said Morales as she spoke about how loving and hard working Hispanics are and all the gifts they have to offer their communities. That, in essence, is why Hispanic Heritage Month is celebrated. 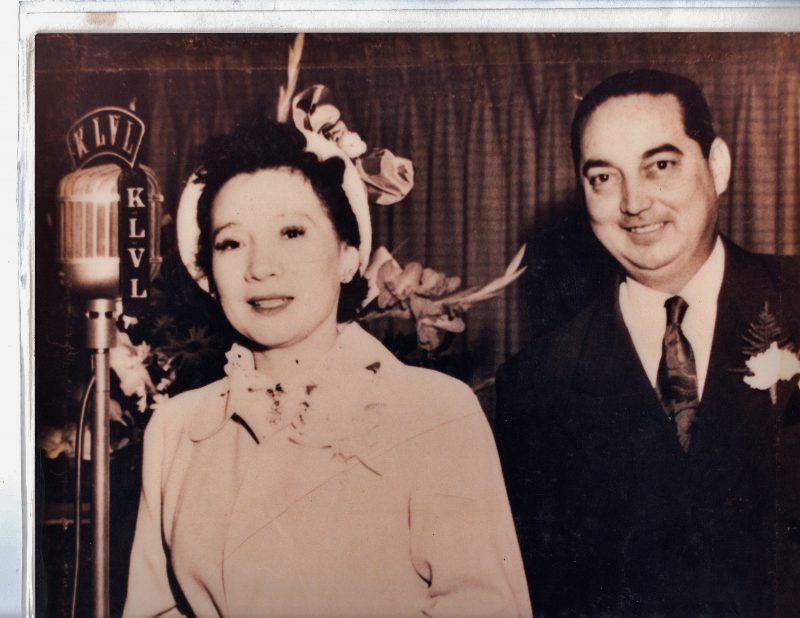 Houston is forever grateful for the all the contributions the Morales’ family has made and continues to pour into the community. It’s a legacy that started in the 1930s when Angela and Felix Morales made Houston their home and opened the first Mexican American owned funeral home in the city. Felix was one of five brothers who were all in the industry of burying the dead. Two of his siblings already owned funeral homes in other parts of Texas so Felix thought he would open one in Houston. Area Hispanics went from having their funerals handled in garages to a legitimate viable business.

Business was successful for the Morales and ushered in various milestones for the family. According to their website, the Morales were the first Hispanics to win a contract from the Harris County Commissioners Court to bury indigents. The first to open a cemetery for Hispanics and Angela Morales became one of the first Hispanic women in the county to receive a funeral director and embalming license.

Today, Angela and Felix’s granddaughter Christina Morales operates the business as President and CEO of both the business and the Felix and Angela Morales Foundation. Growing up Christina admits she had interests in other areas but knew eventually her path would lead her to the family business. The native Houston started working in the funeral home industry when she was just a teenager after she was asked by her grandmother to come join the business. Christina said at the time she thought it was a good fit for her since both her parents had died. Her dad died when she was 11 and her mom passed when she was 15.

At first, Morales was a little creped out about being in the mortuary business. But she got use to it and embraced it as her calling. “It really ended up being a blessing for me because I totally adapted to this industry. This is where I spent the last 30 years of my career so it worked out very well for me,” Christina said.

Knowing that the whole idea of death and everything that surrounds it is not the most popular of topics, Christina tries to incorporate “fun” into the business of death. When funeral services are not scheduled, Christina hosts fundraisers and gatherings to utilize the event space at the company. One of the better attended events is the annual Death by Chocolate in October that benefits a selected charity. It is the ultimate party for any chocolate lover.

Faced with death on a daily basis, Christina tries to live life to the fullest. She takes the time to tell family members she loves them. She takes trips and does the things she enjoys. On the other hand, she is also is well prepared in that she has her insurance, will, and everything set. Other than that, Morales says she tries not to think about death too much. “It (death) still seems a little scary to me…the unknown.” She continued, “It is just a natural part of what we go through as humans so we just have to live life to the fullest.”

She had the perfect example of how to do that in the form of her grandparents. If you thought the Morales Funeral Home was the only part of their legacy then you thought wrong. The couple had a second act.

Felix also had a passion for the radio industry and in the 1950s he opened the first Hispanic radio station in the Gulf Coast, KLVL-AM. The radio station gave Hispanics a voice in Houston and served as a news source for the community as broadcasts were in English and Spanish. Along with music and the news of the day, regular programming on the station included daily prayers at noon by Angela and “Yo Necesito Un Empleo to help with unemployment. 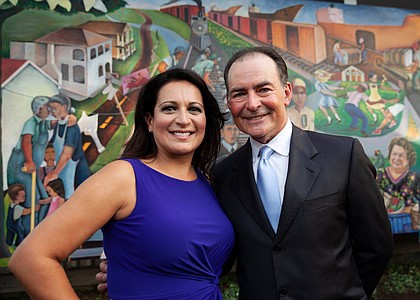 The Morales’ family legacy is memorialized in a mural that was unveiled in celebration of Hispanic Heritage Month and recognizes the contributions that Hispanics have made in shaping Houston. Some of the others pictured with Angela and Felix on the mural are Gracie Saenz (first Hispanic and woman to be elected to the position of Mayor Pro-Tem), Irma Galvan (James Beard award winning chef), Felix Fraga (former City Councilman and HISD Trustee), Tatcho Mindiola (visionary retired director of Mexican American Studies at the University of Houston), and Maria Jimenez (Mexican human rights advocate). The project titled Mexican-American History & Culture in 20th Century Houston was commissioned by the Heritage Society and was a collaboration between artists Jesse Sifuentes and Laura Lopez Cano. Christina was honored to be heavily involved in the art project from selecting the artists to deciding what would go into the mural. “It is really an incredible honor to have my grandparents recognized in the mural,” she said.

All of the above are all vital to Houston’s past, present, and future. Yes, things have changed for the better but there is still more change that is needed. Christina’s hope for the today’s generation is that they take advantage of every opportunity afforded them to succeed and not let anything hold them back. She would like to see more young Latinos take an active stance in politics by voting, getting involved in their community, and becoming leaders especially on Houston City Council where she feels they are the most underrepresented. “I hope they realize how important it is to be leaders in the community,” said Christina.

Latinos must learn to empower themselves, be mentors to youth, and constantly give back. Above all else Christina wants all Latinos to be proud of their story and where they come from.