Posted on September 7, 2018 by Hector Beltran under Community Happenings
2 Comments 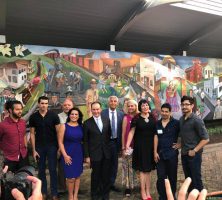 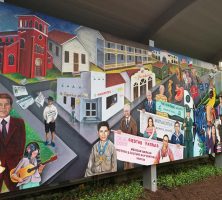 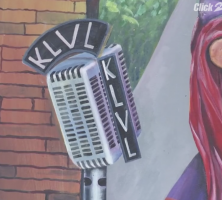 A message from co-chair, Christina Morales:

“I would like to thank Mike Vance and the Heritage Society for asking Orlando Sanchez and myself to be a part of this important project. Thanks to all of those who invested in this project and all of those who cheered on our amazing artists, Laura Lopez Cano and Jesse Sifuentes, as they created this beautiful mural!! This mural reflects those who brought us to where we are today! What is our future? The majority of the young people in our city are Latinos. We need to educate, empower and inspire them! My hope is that this mural, with people who are like them, will inspire them to become leaders of our beautiful city of Houston!!!”

The Heritage Society was devoted to celebrating the culture by creating this mural to highlight places, personalities, concepts and events that shaped the Mexican-American community.

The mural, which lies within a dramatic backdrop of City Hall and the downtown skyline, is in line to becoming Houston’s new beloved cultural landmark.

Mural artists Laura López Cano and Jesse Sifuentes, along with key fundraisers including Christina Morales, were present to unveil their work to Houstonians for the first time.